What to See in Mijas – Monuments and Sightseeing

The bullring of Mijas, the shrine of the virgen, the miniature museum ‘Carromato de Max’ are just some of the things to see in Mijas, but they are not the only tourist attractions that can been seen on a visit to Mijas. In this article we will discover what to see in Mijas. 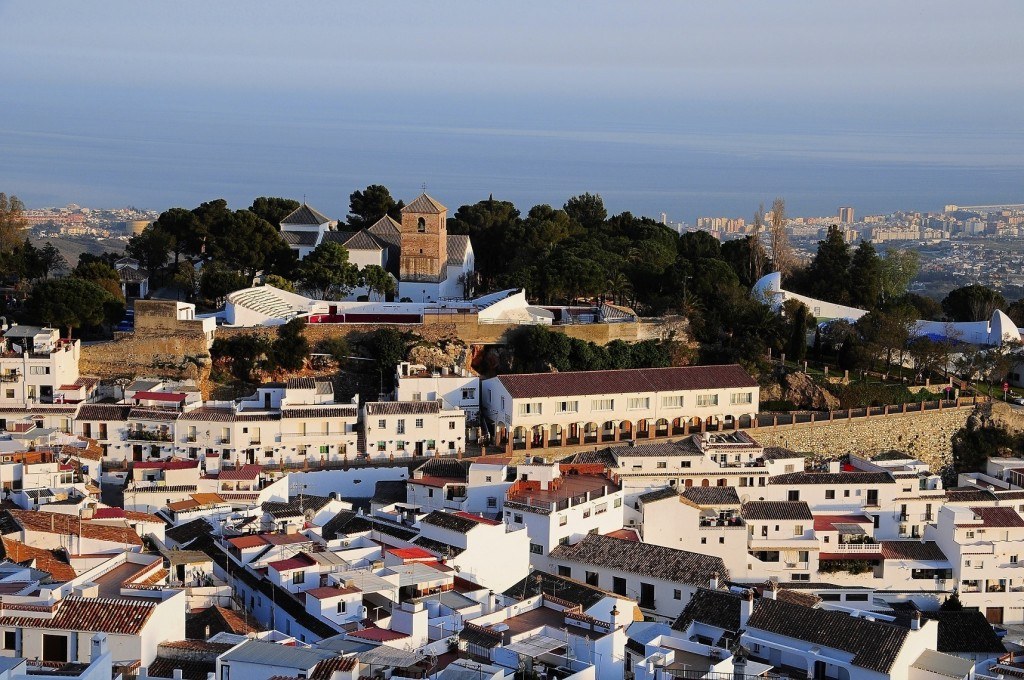 Mijas, a traditional white village at the foot of the Sierra de Mijas in the province of Malaga in Andalusia, was declared of historic and artistic interest in the year 1969, not so much for its art or history, but because the essence of its typical atmosphere and appearance, which gives the village of Mijas an unquestionable artistic value with traces that still remember the Muslim past. The historic center is limited to places like the ermitage of the Virgen de la Peña, the ancient city wall with the remains of the old castle or the parish church and all the way through to the Santa Ana neighbourhood in the other part of town.

Due to tourism, the town’s development has taken place mainly in the coastal areas. Most tourist developments are found around La Cala de Mijas and Calahonda, Miraflores and Riviera del Sol. However the traditional village (Mijas Pueblo), located at 450 meters above sea level, is still the largest focus of attraction for national and international tourists visiting the Costa del Sol.

The privileged situation of this Andalusian white village, only 8 kilometers from Fuengirola, and the excellent communications with Malaga airport and towns like Torremolinos, Benalmadena and Marbella make a visit to Mijas a must do for the majority of tourists who spend their holidays on the Costa del Sol. 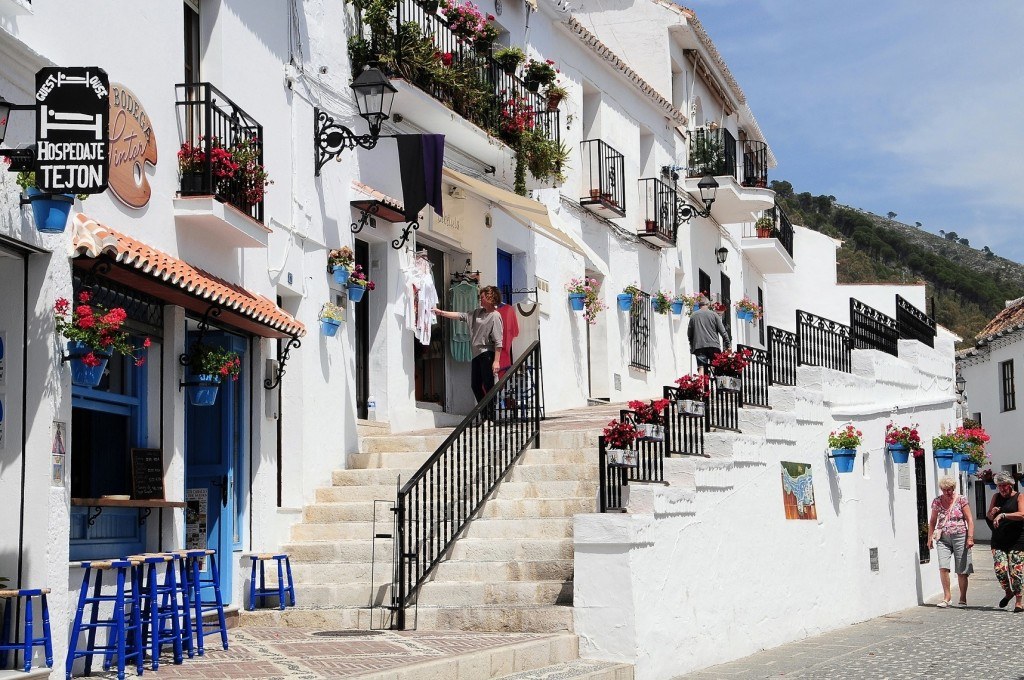 In the tourist office of Mijas, located on the top floor of the public parking next to the town hall and near the taxi rank and bus stop visitors can get a free map with information about all the tourist attractions in Mijas. These include the following things to do in Mijas:

The Virgen de la Peña hermitage
The shrine of the Virgen of the Rock was excavated in the rock by hand by a Carmelite monk. Thee image of the patron saint of Mijas, the Virgin de La Peña, can be admired here. From the viewpoint next to the shrine a wide range of Mediterranean coast, including the African coast can be seen on a clear day.

The viewpoint and the Muralla gardens
These beautiful gardens are the remains of the ancient fortress where the village was located in the Muslim era. They currently offer a pleasant walk, a gorge where rock climbing takes place and several panoramic viewpoints. From the gardens you can see Gibraltar and the coast of Africa on clear days. The parish church of the Immaculate Conception can also be found here. The church was built adjoining the bell tower of the sixteenth century and served as a shelter for neighbors in case of attacks on the town.

The bullring of Mijas
At the Muralla gardens tourists can visit the bullring in Mijas characterized by its distinctive oval shape, with bullfights taking place every weekend in high season. It was built in 1900 on the former site of the castle.

Among the most interesting museums that can be visited in Mijas are:

Historic ethnographic museum known as “Casa Museo”
Another thing to see in Mijas is the ethnographic museum. The Casa Museo as it is calles has a large display of the traditions and ancient crafts of Mijas including the recreation of a traditional house, a wine cellar and two olive oil mills.

Miniature Museum ‘Carromato de Max’
It is a very peculiar and unique museum on the Costa del Sol, which hosts an original collection of miniatures that arouse the interest of anyone. These “mini works of art” include things as curious as the Taj Mahal on a grain of rice, a doll house the size of a thimble or the Alhambra of Granada on a pinhead.

Flour mill
Right next to the museum of miniatures in Mijas a recreation of a flour mill can be found with its original machinery. In the past Mijas had more than 22 flour mills, but unfortunately very few remains are left of these old flour mills in Mijas.

Spanish Craft Exhibition
Lovers of Spanish craftsmanship can find in Mijas one of the best selection of Spanish Crafts of the Costa del Sol. This family business in the Calle de los Canos de Mijas features works of more than 100 craftsmen and Spanish artists from different guilds.

What to do in Mijas Pueblo

Amongst the things to do in Mijas we highlight the following tourist attractions: 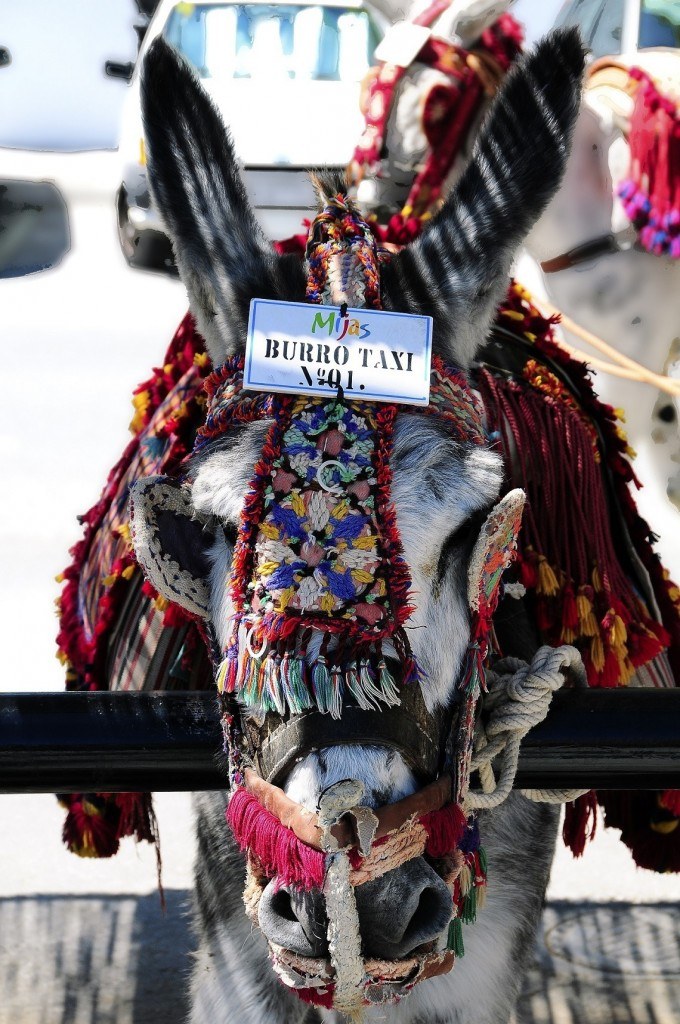 Donkey taxi ride in Mijas Pueblo
The donkey taxis are located near the tourist office of Mijas and are one of the main attractions of Mijas. Many families with children visit Mijas to see the famous donkey taxis and taking a ride through the narrow, cobbled streets on the back of a donkey is one of the most popular activities in the village. The donkey rides started as an anecdotal request of the first tourists in the sixties and are still one of the main tourist attractions of Mijas. Since decades the donkeys are the main sign of identity of Mijas as a holiday destination and today you can buy almost anything with the image of the famous Mijas donkeys.

But times change, even in such a traditional village like Mijas and today there are more innovative things to do like:

You can also visit Mijas in an electric Tuk Tuk, an ecological and innovative initiative, which allows you to see Mijas from a different point of view and visit the most emblematic places rarely visited by tourists, such as the little church of Nuestra Señora de los Remedios in the Barrio Santa Ana or the Hermitage of San Anton on the road towards Benalmádena.